The day before we arrived Marina took in a stray cat she’d found roaming around outside – grey, long haired, very under weight and with no known name. For some reason during the night that followed I was thinking about Agnes Smedley (born in the 1890s) whose book Daughter of Earth I read when I was a teenager. Agnes Smedley had a very tough life chronicled in the semi-autobiographical Daughter of Earth and then during World War 1 worked for Indian independence and later in China as a journalist, writing amongst other things about the Chinese revolution.

In the morning I heard Ant and Marina talking about another Agnes, Agnes Richter, a german seamtress held in an asylum during the 1890s. I knew about Richter because Aice Kettle and Jane McKeating at MMU feature her embroidered straitjacket in their new book Handstitch Perspectives. 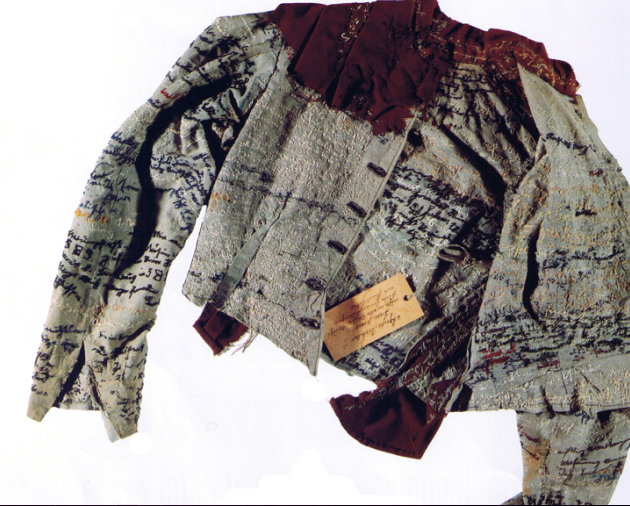 A third Agnes came to light half an hour later. Marina remembered seeing an exhibition at the Cunnigham Dax Collection called Stitched-Up. In it was a jacket not dissimilar to the one made by Agnes Richter. When Marina found the catalogue it turned out the woman who embroidered the jacket was called Edith Agnes Harrington. Belinda Robson the curator of the show writes that the patient liked to be called Dr Harrington and refused to wear government-issued clothes provided for patients.

“Her ex-husband would send her money and she used this money to select her own material and have the clothes made up by the tailoress at Mayday Hills. ..[her] work on the clothes created part of herself that she could control and treat with care, in refusal of the hospital regimes. The clothes on display allowed her to reconnect with the world through the details of their material, stitching and preservation.”

Richard had thought about calling the cat Rosa after Rosa Luxemburg, but he and Marina both liked the sound of Agnes. Now the cat is learning her new name, hopefully without being burdened by all the associations that come with it. 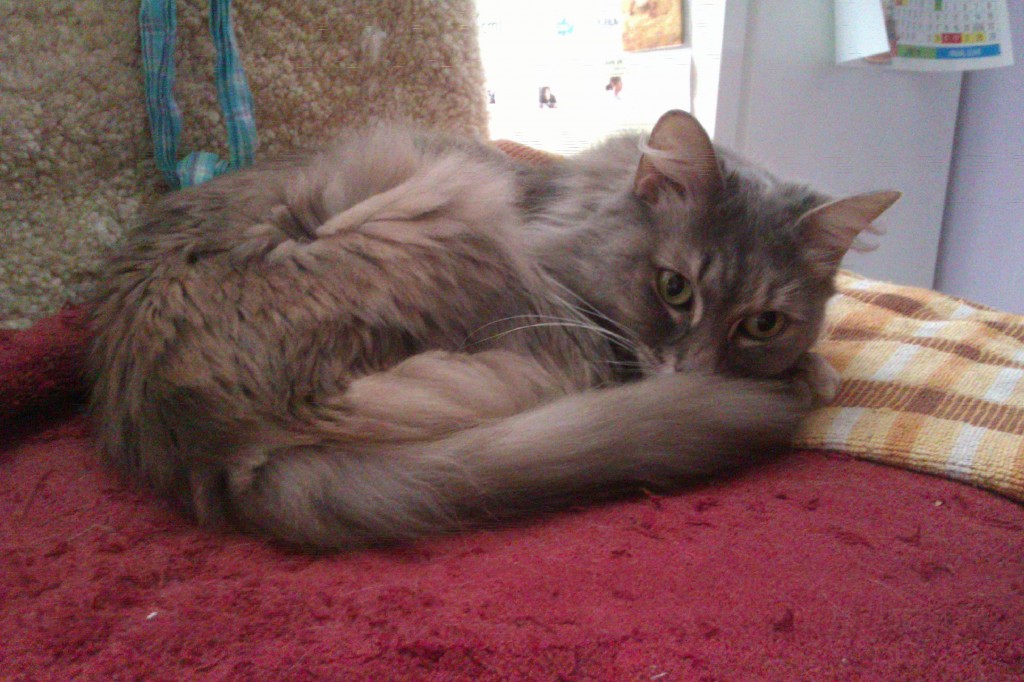