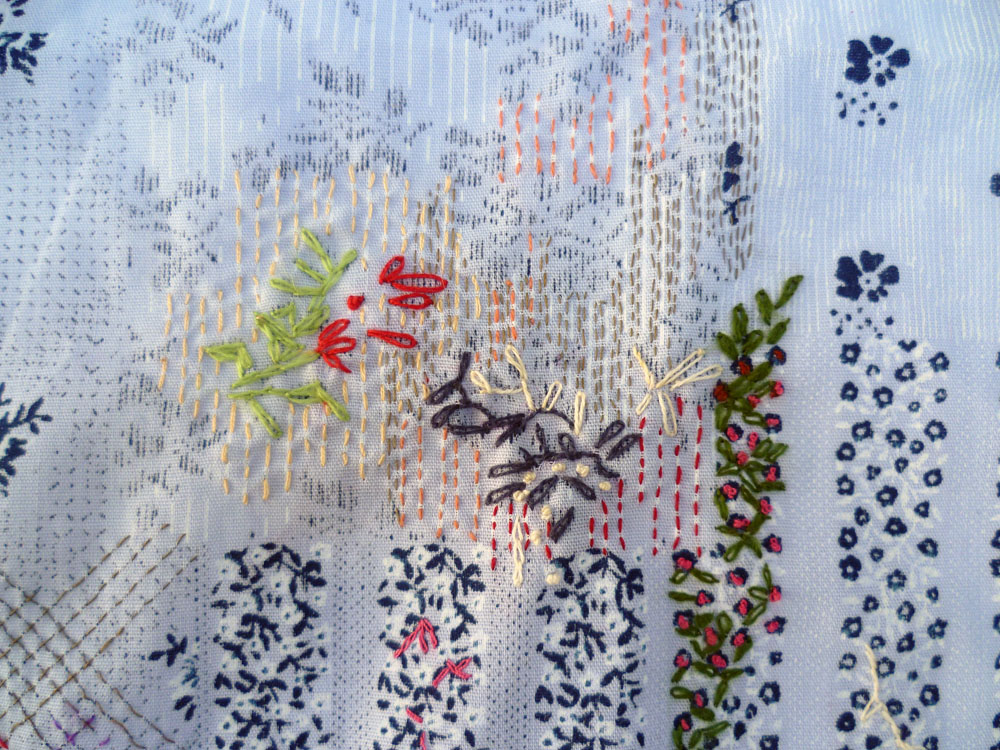 While in Canberra we have been talking to several people who were children or teenagers during World War 2. Gwenda and Maureen who are friends of Jenny Gall, the co-ordinator of the research programme at NFSA, are two of those who agreed to speak to us.

Gwenda, a folklorist whose research is about children and childhood, spoke to me on the telephone from Melbourne. She was seven years old when the war started and told me that as a young child she had been very well dressed. Her father was an industrial chemist who worked for Olympic Cable Co. and so they were comfortably off. Gwenda’s mother had the children’s clothes made by a dressmaker in Williamstown and their jumpers knitted by another woman. As the war progressed Gwenda had the feeling of being more and more poorly dressed and her clothes fitting less and less well. She remembers being invited to a party and wearing a white dress with red spots. It had plackets at the side that did up with poppers and these kept coming undone during the party. She can still feel the embarrassment of those ill-fitting clothes.

The real difficulty for Gwenda however was shoes and these became a real source of humiliation for her. They were hard to get hold of and she and her sister were told that as they had ‘big feet’ this made finding shoes more difficult. Her father eventually managed to get hold of some from someone he knew in Footscray where he worked – whether on the black market or not Gwenda doesn’t know. He brought them home – flat heeled lace-ups.

The family moved house in late 1940, away from Altona which had become a military target being near Point Cook airforce base and the oil depots, to the edge of country on the Dandenong Ranges near Fern Tree Gully. This had a considerable impact on family life. As an industrial chemist Gwenda’s father was in a reserved occupation and like others he was not well treated. Where in other countries badges were given to those in reserve occupations this didn’t happen in Australia and people suffered insults as a result. “Why aren’t you in uniform” people were very likely to say to men who were not in uniform. Her father wanted to join the forces but couldn’t because his job needed to carry on. He became withdrawn and depressed.

I asked Gwenda if the war had marked her. She said in some ways it had undermined her self confidence. It has had a permanent effect. She is still someone who wonders “do I look alright?”

Maureen was born in 1938 and so was a very young child during the war years. In Canberra at her son’s house for a visit, Maureen kindly came over to the residence to see us and to watch some of the films we have been working with. Here are some edited excerpts from her conversation with us:

“My mother was a very good dressmaker, fantastic knitter and did beautiful embroidery, so our clothes were always fairly nice, but usually made out of something else. Lots of relatives passed on things to us and men’s trousers in particular were a great trophy because the legs were so wide that there was a lot of material in them …what we used to call ‘crawlers’ or long pants for the toddlers to wear, and things like that, always came out of somebody’s old trousers.

… anything that came to our place was given to us by somebody else, aunts and uncles and all sorts of people, they’d know Mum was making stuff, ‘specially for the children… I do remember there was a wedding in the family and relatives in America sent a parcel of fabric – dress lengths, which Mum made up for us all to wear at the wedding… they were our best clothes, because in those days you did, you had one best dress you wore. That was the only new fabric I remember… but it didn’t bother anybody…

…and that’s one of the things that I’ve thought about, the people who lived through the war as adults had grown up through the depression… and they’d never really had a time of plenty in between, so the rationing put different constraints on things because even if you had the money you couldn’t buy the stuff. But people had been re-cycling and re-making and all of that for a long time and didn’t really know anything else. People like my mother would‘ve grown up in that kind of environment and just kept on doing it. Thinking of ways to get around the problems that rationing brought. But it was a problem … I’ve heard lots of people talk about things like wedding dresses and how they scrounged coupons right, left and centre to buy a nice piece of fabric to make a wedding dress. And I also know lots of people who were married through that time who didn’t actually wear a wedding dress, they just wore a nice dress or suit in those days. 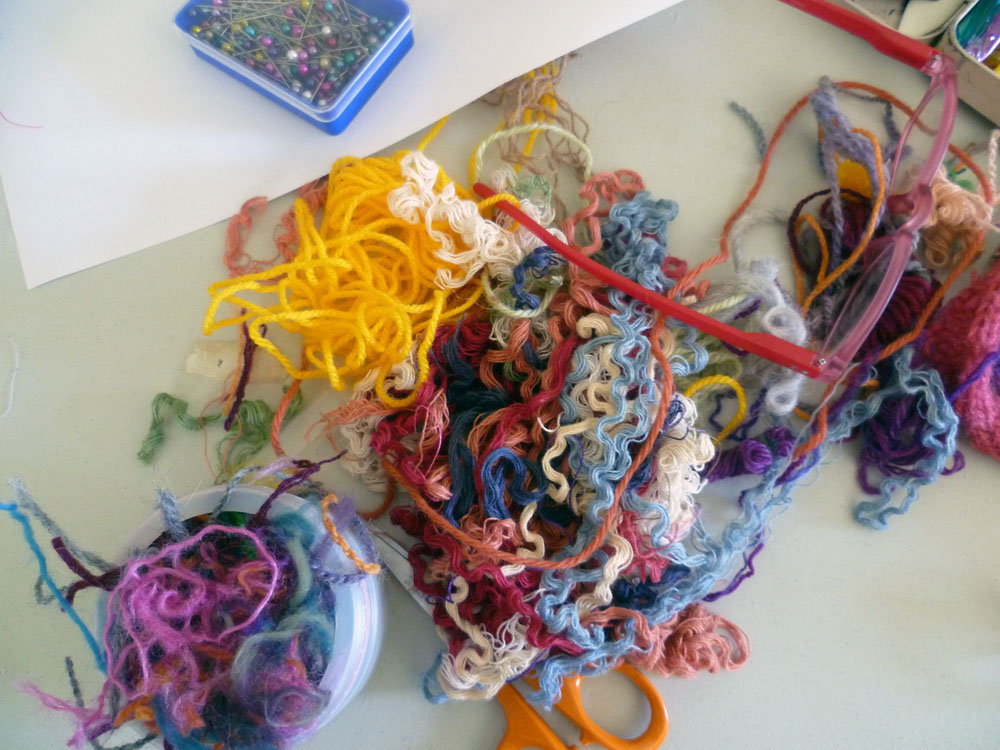 Our jumpers were always knitted, and wool was always recycled, recycled and recycled. If somebody had a worn out jumper they’d give it to Mum and she’d carefully unravel it all and wash the wool and reknit it, and – she used to knit lovely lacy jumpers and things like that – very complicated patterns. I did the same thing. At one stage I’d made my husband a cardigan to wear at work, and he went through, it was almost going through at the sleeve – elbows, and I suddenly remembered Mum turning the sleeves on jumpers so I did that and he got another couple of years wear out of the cardigan. But then Mum would’ve abandoned the worn bit of wool and rewound it all and made something else out of it.

But that was interesting about your question a few minutes ago about when we got the new fabric from America – I remember the smell of the fabric and ever since, when just a few weeks ago I walked into a shop I hadn’t been in before, I found this shop that sells lots of bits of dressmaking materials and stuff, now I walked in and there was the smell of new fabric, I just stood there – it brought back such a lot of memories of all sorts of things.”

While there are clear differences between these two accounts of wartime experiences, they share the suggestion that textiles and clothing are central to our everyday sense of ourselves.

We are very grateful to Gwenda and Maureen for sharing their thoughts and experiences with us.